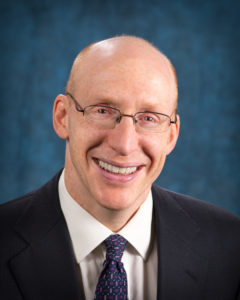 David is a senior partner with Berney & Sang.  He is a trial lawyer who concentrates his practice in education law, employment discrimination, and civil rights.  His dedication to excellence has helped to achieve numerous verdicts and settlements for clients that have exceeded one million dollars.  He has litigated hundreds of special education cases, and he has worked on cases that have been argued before the United States and Pennsylvania Supreme Courts.  Several of his cases have been written up by the New York Times and other nationally syndicated newspapers, and he has appeared on C-Span as a result of his professional activities.

David (he/him/his) can be reached at djberney@berneylaw.com.

Co-author, President Obama and His Legacy on Education, The Legal Intelligencer (December 27, 2016).

Co-author, Importance of Comprehensive Transition Plans Under the IDEA, The Legal Intelligencer (March 24, 2016).

Co-author, Educational Rights of English Language Learners and Costs of Failing Them, The Legal Intelligencer (June 25, 2015).

From the Pennsylvania Human Relations Commission to the Courthouse:  Does Civil Rights Litigation Remediate Racial Inequality in the Workplace?, Dissertation, The New School (May 2012).

A Journey in Time: Reconnecting with My German Jewish Heritage, The Philadelphia Lawyer: Vol. 69, No. 2 (Summer 2006).

U.S. Court of Appeals for the Third Circuit