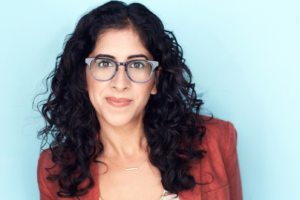 Vanita is of counsel with Berney & Sang.  She assists the firm in education and appellate matters. Vanita earned her Juris Doctor from Yale Law School in 2006, where she served as Student Director for the Representing Children Worldwide project and the Advocacy for Children and Youth clinic, was Case Studies Editor and Articles Editor the Yale Journal of Health Policy, Law, and Ethics, and served as Co-Chair for the Workers’ Rights Project.

In addition to advocacy for children and youth, Vanita has been active in international human rights work. She has been involved in prosecuting senior leaders of the Khmer Rouge for genocide, war crimes, and crimes against humanity, at the Extraordinary Chambers in the Courts of Cambodia, worked on transitional justice, post-genocide reconciliation, and land conflict in Burundi, Rwanda, and DR Congo, provided legislative design assistance to Congressional members of the Philippines, and assisted in the prosecution of Filipino Supreme Court Chief Justice Corona. She also has worked on developing affordable housing, providing financial access to low-income and minority families, and stabilizing communities in the wake of the foreclosure crisis in the United States.

Vanita (she/her/hers) can be reached at vrkalra@berneylaw.com